Italian multi-utility, HERA Group, has adopted innovative tools based on artificial intelligence to target maintenance and detection activities across its huge pipeline network. Using a complex assessment of pipe failure risk and its consequences, HERA is pushing Italy’s ancient water system into a digital future.

Home to the Galvanina spring, Rimini in north eastern Italy has been famed for its water since Roman times. The city is still famous for its water, but today that fame comes from its pioneering approach to water innovation. The fact is that Italy’s water system is plagued with significant losses. It is estimated that more than 40 per cent of all the drinking water in the country’s national distribution network is lost to leakage. Inevitably this scale of loss comes at a considerable cost, some figures put this at more than EUR4 billion annually.
Headquartered in Bologna, Italian multi-utility HERA S.p.A manages more than 35,000 km of water distribution network and the entire water cycle system with more than 400 drinking water treatment plants. In a bid to reduce the level of losses, HERA adopted a cutting-edge approach to predicting where pipeline failures are likely to occur using Rezatec’s Pipeline Risk product. This innovative tool allows the HERA engineering team to potentially identify twice as many leaks compared to previous methods. It allows the company to focus its investment where it is most needed and improve its productivity. 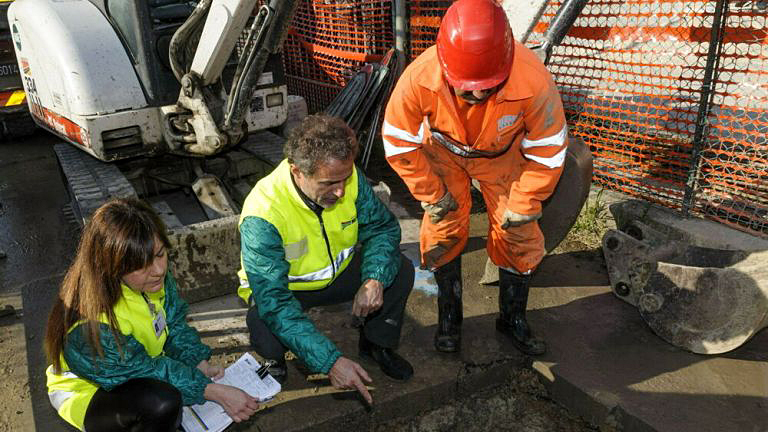 The journey to accurate failure forecasting began in 2015 when the company began searching for innovative ways to reduce its pipeline losses.
“In 2015 we started a collaboration with the University of Bologna to understand if the age, diameter or material of our pipes were the only factors that could influence the risk of breakage. We wanted to find the factors that influenced the risk of breaks in our pipelines because we thought that it wasn’t only intrinsic factors that were affecting our network but also extrinsic factors,” explains Maurizia Brunetti, Coordinamento Acquedotto (Water Supply Technical Coordination Manager) at HERA.
After several years of research within the partnership a number of additional factors were identified as influential in the rate of pipeline failure.
“We discovered that there are interesting factors: not just the diameter or the material of our pipelines but other factors like soil and the temperature had an influence too. We found we also had a correlation with other factors, for example the salinity of the soil is a variable that must be considered. There is also the ground water level that is different in the different areas of our region,” Brunetti adds.
More than 30 per cent of the HERA network is made of polyethylene (PE) after many of the existing pipelines made from materials like cast iron were replaced during the 1990s. However, while PE has some good qualities in reference to the installation, it also has some negative qualities associated with a higher failure rate.
“When there is a break, it is generally thought that it depends on the age. In reality, after the collaboration with the university we understood that this factor is not so relevant for all materials. Pipeline material is therefore a most incisive factor than the age of the pipeline, despite common assumptions,” adds Brunetti.
“Our operatives knew that our water pipelines have a greater aptitude to break in the summer months than in the winter months. But, after the university study we understood that this correlation is so large because more than 30 per cent is made from polyethylene, which is a material that is super-correlated to temperature variations,” she says. 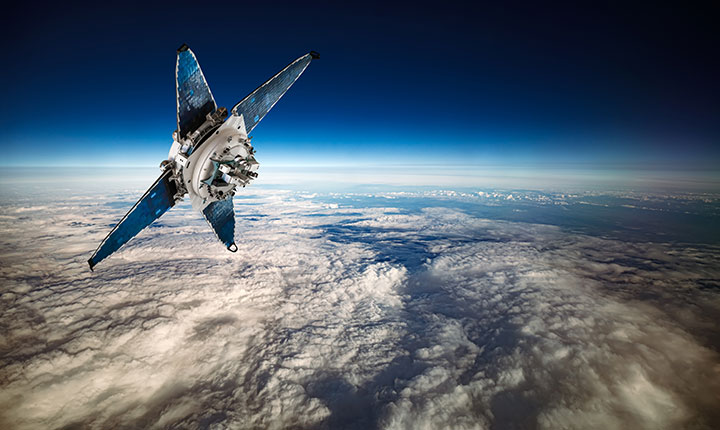 Armed with better understanding of failure modes from the Bologna University study, HERA Group commissioned ISOIL Industria S.p.A to help reduce non-revenue water using new technologies. ISOIL Industria’s deep knowledge of market needs makes it the right partner to drive the best business decisions and achieve gains in efficiency with its measurement and service solutions. Enjoying shared values based on the importance of water as a valuable resource and a joint vision related to the actual and future water sector needs, ISOIL Industria partnered with Rezatec to deploy its pipeline risk assessment tool.
Rezatec’s Pipeline Risk solution combines satellite data with artificial intelligence techniques to produce risk maps expressing parameters such as the Likelihood of Failure (LOF).
“Rezatec and ISOIL were the first provider to propose a predictive solution that considered not only the diameter, the historical data series about breakages or the age of our pipelines, but also the groundwater level, the kind of soil, and the temperature. It was an algorithm which considers all of these factors and was more integrated than the data we considered previously,” observes Brunetti commenting on the algorithm.
The predictive assessment of the network began with a retrospective analysis of data from 2016-2018 for a relatively small 490 km section of HERA’s water system.
“We started with this collaboration in 2019. We gave Rezatec the breakages of 2016-2017 and we asked them to predict further breakages in 2018, which had already been recorded, so we had a comparison. This was the first step we used to evaluate if the model was right or not,” adds Brunetti.
With the objective to find 70 per cent of breakages in 30 per cent of the network under investigation, the initial assessment gave HERA the confidence to deploy the Rezatec solution and in 2020 a further contract was awarded.

Pipeline Risk helps HERA prioritise its pipeline replacement investment by assessing the likelihood of failure in each section of pipe using historic pipe failure data to build a predictive model. The model analyses data on the material, diameter and age of the asset, as well as the soil and terrain that surrounds it.  Satellite data is used to factor in terrain motion such as uplift or subsidence and vegetation growth, which also has an impact on failure risk.
The asset management application not only identifies those parts of the network at higher risk of failure though. Rezatec’s solution also expresses the Consequence of Failure (COF) as a cost to the utility. This metric takes into account the number and type of customers potentially affected by a failure, any third-party liabilities, potential effects on the transport network as well as the direct cost of digging up and replacing the pipe.
The combination of both the likelihood and consequences of failure gives a full risk profile or Pipeline Risk Value (PRV). The so-called Pipeline Risk Value is visualised in a simple dashboard format for easy interpretation. This advanced, data-driven, approach allows HERA to target field crew activities on key areas for intervention, as well as prioritising upgrades in areas of the network with the highest risk.
“This was interesting for us because we could focus our investments and activities,” says Brunetti. “At the moment we are using this resource to orientate our detection activities, so for example in 2020 we have good results in Sant’Arcangelo, a community near Rimini where we carried out detection work in those pipelines where the algorithm told us were in a critical zone,” she adds.
“Active leakage control in Sant’Arcangelo highlighted interesting results: 69 per cent of all pipeline breaks are in the network portion marked 4.5-5 LOF by the Rezatec model. These mains represent 35 per cent of the Sant’Arcangelo network. So, the predictive algorithm can be used to better orient HERA renewals, which are budgeted at more than more than Eur30 million per year, or for active leakage detection,” Brunetti notes.
“We are using this model to drive both renewals and activities such as detection. Before the Rezatec model we used figures for historic breakages so we focused our leak detection towards these pipelines. Using the Rezatec model, we are now re-directing leakage detection to parts of the network where there haven’t been breakages but there will be in the future,” says Brunetti.
“This model can be split into different opportunities, not only renewals but also the natural period during which we do our leak detection activities, targeting resource deployment more effectively,” she says.
Subsequently, HERA decided to extend this initial pilot to cover 2800 km of their network in 2021. The asset management service will cover the entire province of Rimini, and 400 km in the province of Forlì- Cesena. 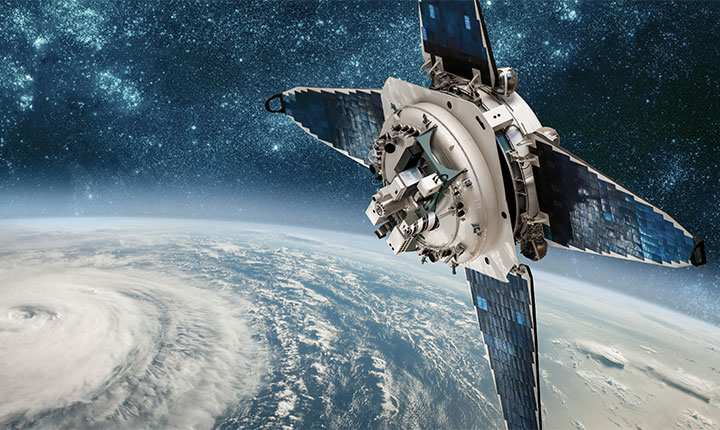 With water losses in Italy so high, a regulation to reduce water leakage and provide a secure water supply was introduced in 2017, resolution 917/2017. Nonetheless, even before the introduction of this ruling, improving performance was a key objective for water supply companies in Italy and across the world. The impact of the global pandemic has emphasised this priority still further.
“Even before the Covid-19 outbreak occurred, it was essential to improve the productivity of the workforce and make the most of resources. Rezatec’s solution will help utilities better understand their buried assets, prioritise investment intelligently and improve results pushing the limits of the active DMA control towards the performance fixed by the authority,” noted Luca Scansetti, Water Utility Service Manager at ISOIL Industria.
Clearly, pipe failures are not simply a function of age. As the university study revealed, materials and soil combinations can degrade and erode at different rates while temperature also demonstrates a strong correlation with failure.
Sophisticated models like Pipeline Risk take all these influences into account to indicate which elements of network infrastructure represent the highest risk and the greatest bottom-line impact.
As Philip Briscoe, COO at Rezatec, observes: “Our mission is to help our clients make data-informed asset management decisions to reduce failure, improve margins, and optimise their overall asset management. With budgets tight for many utilities, Pipeline Risk can help prioritise investment in infrastructure, or make savings in maintenance and repair. In this way, utilities can become more proactive, efficient and resilient.”
Under increasing pressure to reduce water losses, save money and deliver a better service for their customers, innovative utilities that are weighing multiple factors and using artificial intelligence to produce an accurate predictive model are delivering proven benefits.
Our consultants are available for the management, measurement and efficiency of the water networks. Don’t hesitate to contact them.

Health and safety in the workplace
2 May 2022
World Earth Day: let’s invest in our Planet!
22 April 2022
World Water Day: underground water, a hidden treasure
22 March 2022
Women’s Day: the great commitment of Women to environmental protection
8 March 2022
Cookie Consent
To provide the best experiences, we use technologies such as cookies to store and / or access device information. Consent to these technologies will allow us to process data such as browsing behavior or unique IDs on this site. Not consenting or withdrawing consent may adversely affect some features and functions.
Manage options Manage services Manage vendors Read more about these purposes
Show preferences
{title} {title} {title}